St Paul’s Choral Society, directed by Hugo Agius Muscat, this year chose to perform works to celebrate two anniversaries, those of Ludwig van Beethoven and César Franck. Beethoven’s anniversary year was actually in 2020, which was 250 years from his birth in 1770. The year 2020, however, was in every way the annus horribilis that went by without any concerts.

This was an excellent opportunity to make up. César Franck, on the other hand, was born exactly 200 years ago in 1822. The choir teamed up with an orchestra led by Sarah Spiteri, organist Elisabeth Conrad, and soloists who are all fine established performers – Rosabelle Bianchi (soprano), Claire Massa (mezzo soprano), Charles Vincenti (tenor) and Albert Buttigieg (bass).

The concert on October 21 at Floriana’s St Publius church.

The evening kicked off with two works by César Franck, opening very appropriately with the French version of Psalm 150, Louez le Dieu (Praise the Lord), hence the inspiration for the concert title Laudate Dominum. This psalm calls the faithful to praise God with music and musical instruments. The instruments have been the subject of much scholarly debate over the years, but show that string, wind and percussion instruments and singing were from earliest of times considered the appropriate means of praising the Lord. Franck’s setting of Psalm 150 is for four-part choir, orchestra and organ – a very satisfying rendering with organ notes beautifully resounding together with the grand sound of choir and orchestra.

The organist, Elisabeth Conrad, regularly accompanies the St Paul Choir in their performances.

The psalm was followed by the well-known Panis Angelicus in an arrangement for four-part choir and orchestra in which the melody was aptly shared between female and male voices. 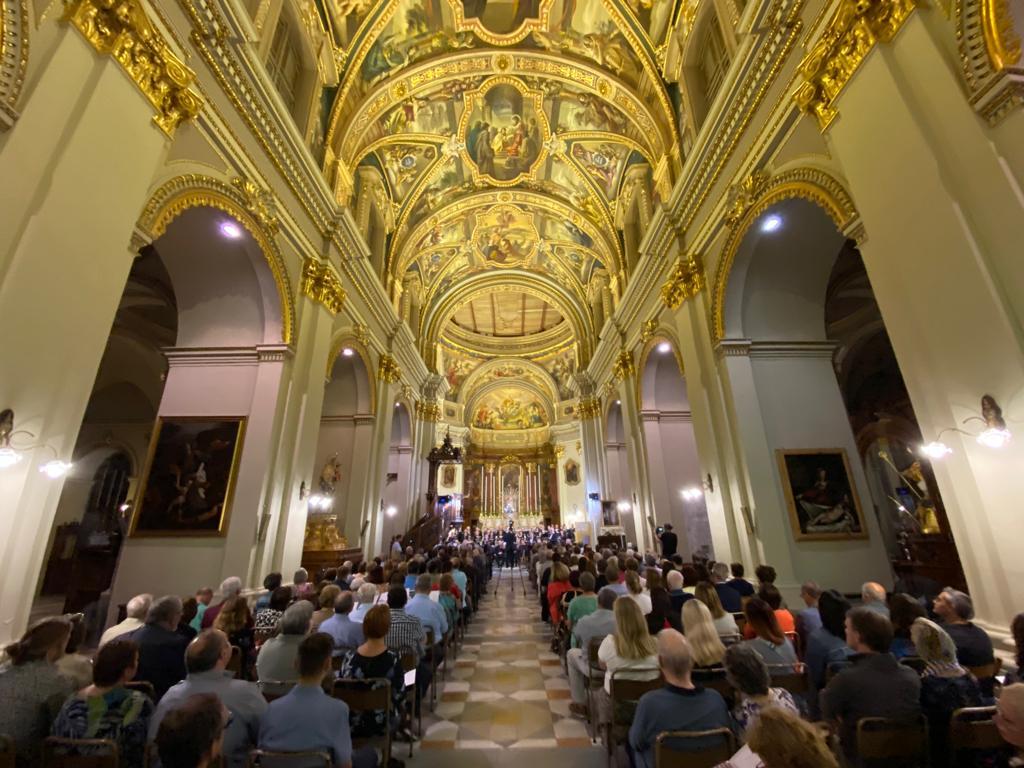 This was followed by Beethoven’s Mass in C Major, a grand work commissioned by Prince Nicholaus Esterhazy in 1807 at around the same time that Beethoven was composing some of his greatest works – his 5th and 6th symphonies. The Mass in C was not greeted with much applause at the time, even by the prince himself, and had to be revised by the composer.

The result is a fine work scored for four soloists (SATB), choir, orchestra and organ, with some exciting fugal parts, and interweaving of soloists and choir. Beethoven experiments with some surprising unrelated keys, as in the beautiful Et incarnatus est. The performers gave a most uplifting rendering of this mass. The opening Kyrie immediately set the mood, clearly heartfelt by all the performers. The Sanctus adagio was beautifully subdued but nevertheless clear.

All proceeds from ticket sales and from donations at the venues, amounting to over €15,000, were passed on to Hospice Malta in recognition of the superb services they provide to the community.

Independent journalism costs money. Support Times of Malta for the price of a coffee.