Self and Society: Crowdfunding Picks

There are countless ways identity can shape a person, with countless factors that shape that identity. This month’s crowdfunding projects, whether narrative fiction or documentary, explore the process by which personal identity is formed, and the mark identity can make on someone’s environment, or vice versa. These films strive to uncover hidden histories and reckon with the self.

“An ode to vacations gone wrong. A love letter to relatives who step in as guardians. And a reminder that no one can take away your joy,” the short film’s Kickstarter tells us, “Beach Floaty Thingys” written, directed, and produced by Amina Sutton explores the nuances of family. The short digs into what it means to be a caregiver, and what personal sacrifices — no matter the scale — must be made to take on the responsibility of another person’s life and wellbeing. Sutton uses her expertise as a comic to weave comedy into her storytelling, with a focus on intersectionality.

This film, drawing inspiration from “Little Miss Sunshine” and “Bebe’s Kids,” is “giving humanity to character types often painted as broad stereotypes, or exploitatively victimized on screen. Extending to those characters’ agency and allowing them to control what the audience laughs at,” per the project’s description.

Sutton draws from her own experiences as a child, such as family vacations. Her aunts were her first real role models, teaching her “that a Black girl could be adventurous, funny, a dreamer, and unapologetic,” the crowdfunding page tells us. They taught Sutton how to find joy in anything, especially amidst adversity.

Sutton explores the theme of family dynamics and the struggle between aspirations and obligation, playing with tension between the environments in the film and characters in the foreground. Sshe intends to use this cinematographic style in a way that also explores “the heavy charge of finding respite as a Black family in the Deep South,” the description reveals.

“Beach Floaty Thingys” will star Rachel Pegram as Grace. Pegram is known for her stand-up comedy, acting, and writing. Her producing credits include Netflix’s “Blockbuster” as well as HBO Max’s “Harley Quinn,” and she was previously a staff writer on NBC’s “Kenan.”

With 36 days left on her Kickstarter campaign, Sutton’s film has 69 backers and has earned over $17,000 of her $35,000 goal. The funds will be put towards production needs, including salary and travel expenses for cast and crew, location fees and permits, equipment rentals, production design and costumes, as well as additional safety measures and insurance.

Learn more about “Beach Floaty Thingys” and donate on Kickstarter. 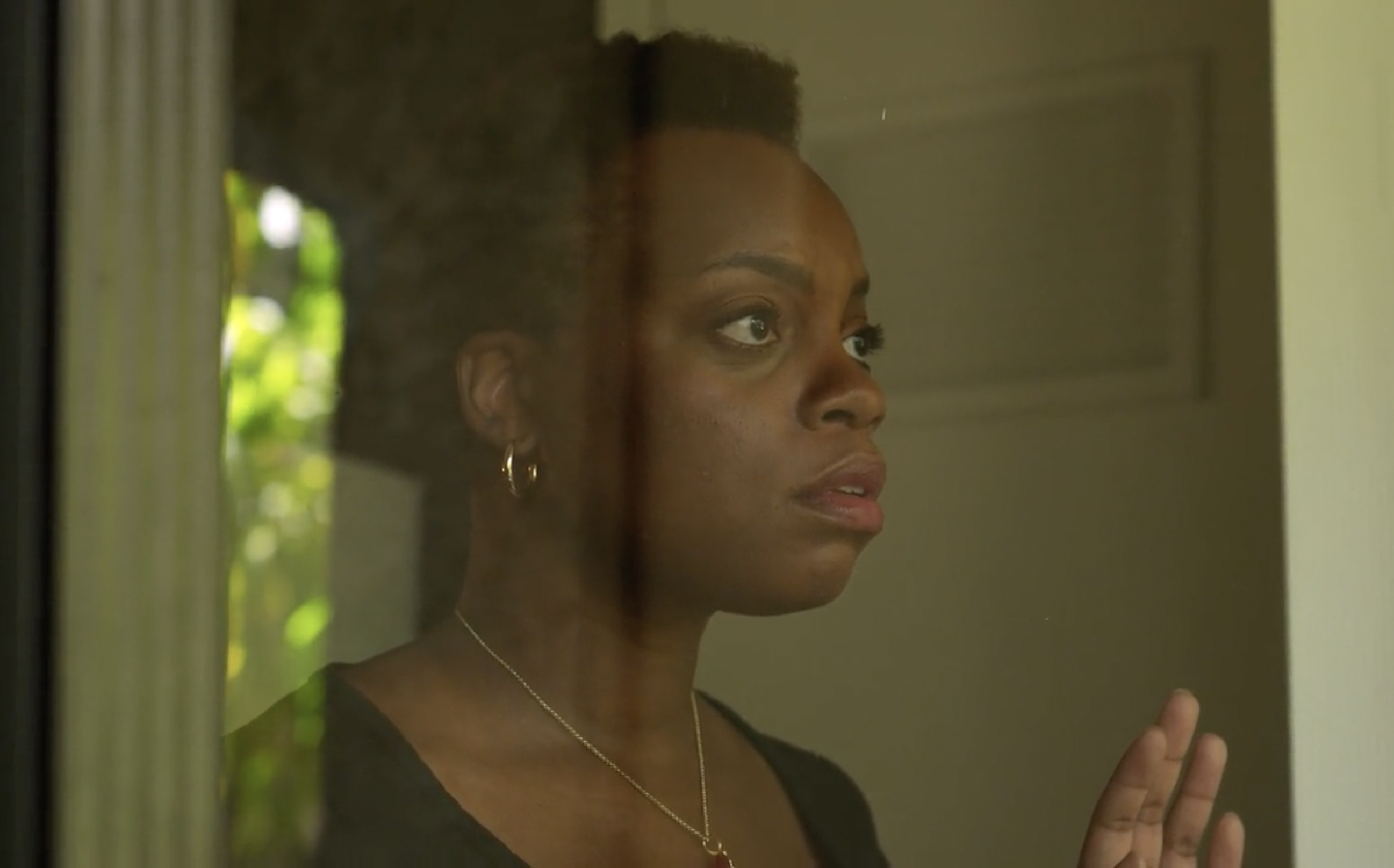 Despite #MeToo bringing sexual assault into the spotlight over five years ago, stigma against sexual assault remains depressingly prevalent, and one out of six American women have been the victim of an attempted or completed rape in her lifetime. “Hiding Spot” does more than just address sexual assault. It “digs deeper, discussing how trauma can present itself later and the importance of mental health and seeking therapy,” according to its Kickstarter page.

As director, writer, and producer Edrei Hutson reminds us, “We all know someone who has been sexually assaulted, even if they haven’t told us.” Her work focuses on “creating diverse content and inspired films with strong female leads that empower.”

The drama film will be told through flashbacks, from when the protagonist, Evie (Aisha Lomax), is a child experiencing trauma to when she’s an adult. The story begins when Evie sees neighborhood kids playing hide-and-seek, which finally pushes her to speak with a therapist about the trauma from her childhood. During multiple therapy sessions, Evie works through an incident when she was eight years old, staying at her cousin’s house when an older neighbor turned a game into a traumatic experience that would stick with Evie long after.

The shoot is scheduled for three days in Los Angeles. The Kickstarter funds will be put towards cast and crew, equipment, location rentals, props and set dressing, wardrobe and makeup, and set operations.

Learn more about “Hiding Spot” and donate on Kickstarter. 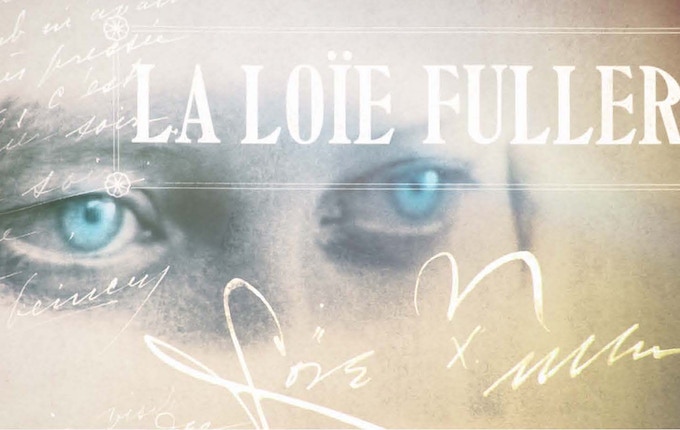 “Loïe Fuller: Obsessed with Light” is an unconventional biopic that  focuses on transformation. Fuller, a woman deemed “odd and badly dressed” by her contemporaries, became the “Fairy of Light” when she hit the stage. She was a visionary who “disrupted the prevailing notions of dance and imaged limits of the human body,” per the doc’s Kickstarter page.

Through a series of interviews with international performing artists, the film explores Fuller’s influence on our modern cultural landscape. “Obsessed with Light” uncovers how one woman who “[inspired] 19th century luminaries including Henri de Toulouse-Lautrec and Auguste Rodin, as well as contemporary artists like Taylor Swift, Alexander McQueen and Bill T. Jones, and [could] still remain largely unknown?”

Fuller is credited as the creator of modern dance, experimenting with electric lighting on stage and glass floors. She was unapologetically ambitious and open about her sexuality. Fuller “launched Isadora Duncan’s career, promoted Rodin’s sculpture in the U.S., consulted with Marie Curie and Thomas Edison to make her costumes glow, and collaborated on creative projects with her life partner of several decades, Gabrielle Bloch,” the Kickstarter page explains.

Directors, producers, and editors Zeva Oelbaum and Sabine Krayenbühl are writing a conversation between the past and present, interweaving “the contemporary interviews with rare, hand-tinted archival footage by pioneers such as Georges Méliès and Alice Guy-Blaché.” Paired with restored audio tapes over half a century old, and research that took over four years to collect, Oelbaum and Krayenbühl are compiling groundbreaking footage and providing Fuller with the long-overdue credit she deserves.

The Kickstarter funds will contribute to the costs of licensing rare, never-before digitized archival footage clips. So far, the campaign has 47 backers and raised nearly $19,000 of the $25,000 needed to finish the documentary.

Learn more about “Loïe Fuller: Obsessed with Light” and donate on Kickstarter.

to be considered for Women and Hollywood’s crowdfunding feature, please write to [email protected] All formats (features, shorts, web series, etc.) welcome. Projects must be by and/or about women.