The worst recession in US history shaped how well people would age — before they were even born. Researchers have found1 that the cells of people who were conceived during the Great Depression, which lasted from 1929 to 1939 and, at its height, saw about 25% of the US workforce unemployed, show signs of accelerated ageing. 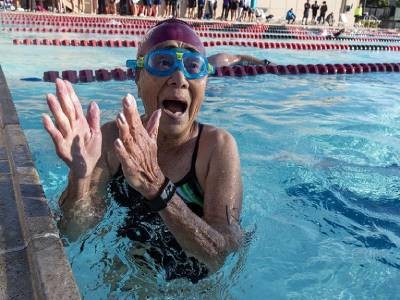 The study authors measured these changes in the cells’ epigenome — the collection of chemical markers attached to DNA that determines when, where and by how much genes are expressed in each cell. And they think the pattern of markers that they uncovered could be linked to higher rates of both chronic illness and death.

The work, published on 8 November in the Proceedings of the National Academy of Sciences1, adds to a cache of studies indicating that exposure to hardship such as stress and starvation during the earliest stages of development can shape human health for decades. The findings highlight how social programmes designed to help pregnant people could be a tool for fighting health disparities in children, says co-author Lauren Schmitz, an economist at the University of Wisconsin–Madison.

Although the study is far from the first to link big historical events to changes in the epigenome, the fact that the signal appears in data collected from people in their seventies and eighties is “mind-blowing”, says Patrick Allard, an environmental epigeneticist at the University of California, Los Angeles.

“It’s definitely something that will make its way into the textbooks,” he says.

In the earliest stages of development, an embryo is a packet of potential, containing genetic instructions to build the molecular components of the body. Over time, however, cells add and remove chemical modifiers known as epigenetic tags to their DNA, and these shape how those cells and their descendants execute the instructions. The tags are influenced by a variety of factors, including hormones, diet and people’s environment.

The alterations made during this key window can last a lifetime. In 2008, researchers found2 that people conceived during a famine in the Netherlands at the end of the Second World War had different epigenetic markers compared with siblings born outside this time frame. Those born during the famine had higher rates of metabolic illness later in life, leading scientists to suspect that their exposure to malnutrition during early development permanently shaped how their bodies processed food3.

Since then, a slew of animal studies have linked early exposure to pollutants, stress and poor diet to a wide variety of epigenetic alterations that can shape everything from hair colour to brain development4,5. But only a handful of studies have succeeded in finding these trends in humans, says Ainash Childebayeva, a biological anthropologist at the Max Plank Institute for Evolutionary Anthropology in Leipzig, Germany.

This is partly because subjecting people to harmful events such as famines to see how gene expression is shaped would be unethical. Instead, scientists have to look back on major historical events to determine whether those events affected people’s biology later in life. The Great Depression and its aftermath offered Schmitz and her colleague one such opportunity.

By comparing markers of ageing in around 800 people who were born throughout the 1930s, the team observed that those born in US states hit hardest by the recession — where unemployment and wage reductions were highest — have a pattern of markers that make their cells look older than they should. The impact was diminished in people who were born in states that fared better during the 1930s.

The cells could have altered the epigenetic tags during early childhood or later in life. But the results suggest that some sort of biological foundation was laid before birth for children of the Great Depression that affected how they would age, epigenetically, later in life.

It’s not clear whether diet, stress or some other factor drove the accelerated ageing, and without being able to go back in time and tease apart those effects, it will be hard to pin down the biological mechanisms behind the signal, Childebayeva says. Nonetheless, “these kinds of studies are really important because they highlight how early development matters for health and disease outcomes later in life”, she says.

Although both health care for pregnant people and economic theory have evolved since the 1930s, Schmitz thinks that studies such as this one can shed light on societal issues today. For instance, earlier this year, the US Supreme Court revoked the federal right to an abortion. Decades of research have shown that people who are denied abortions are more likely to experience financial hardship after an unwanted pregnancy than are those who can access abortions.

“What we see from this study is that socioeconomic structural inequalities that make it difficult for women to access the care they need might have long-term consequences,” Schmitz says. With social inequality on the rise around the world, the findings also highlight how paid parental leave, welfare payments and other policies and programmes can help to blunt health disparities in the future.

“What we experience in those first nine months may affect us our entire lives,” Schmitz says. “I think we as a society can agree that experiencing a recession before you’re even born shouldn’t affect how long you live.”

FTX: How Sam Bankman-Fried built a house of cards