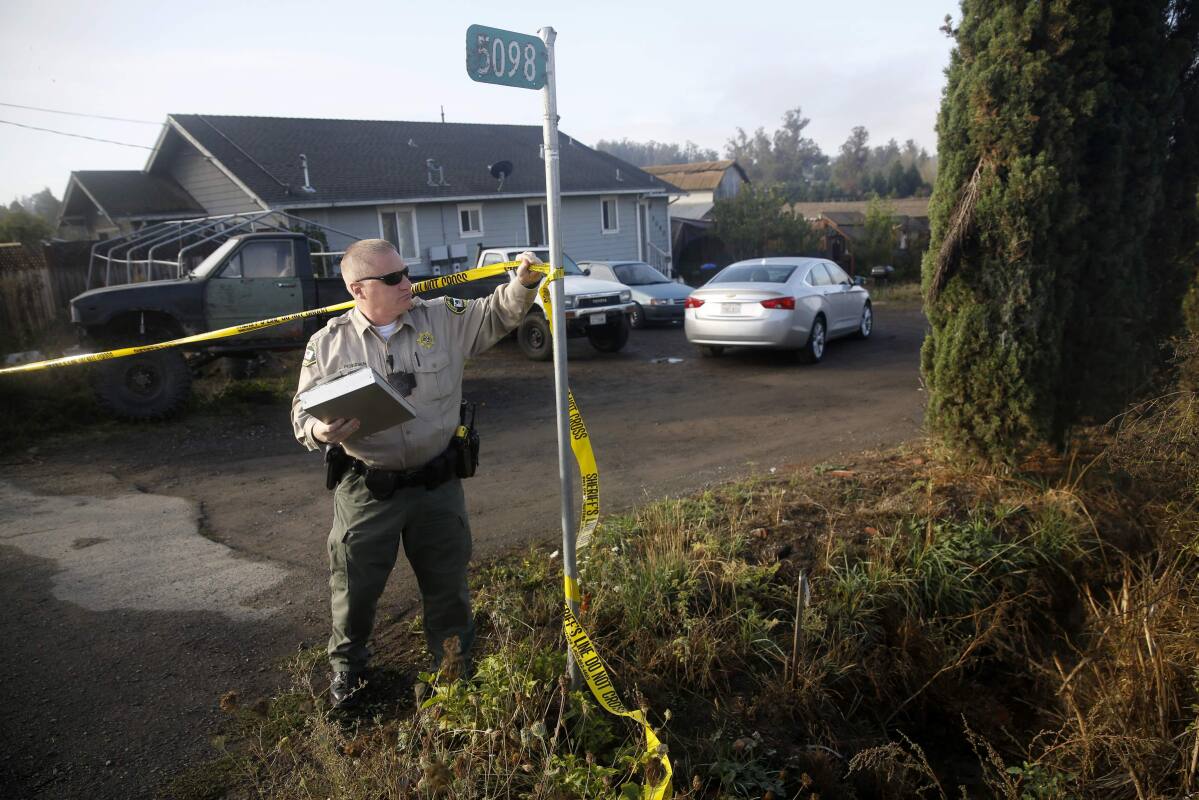 A Sonoma County judge on Wednesday sentenced a Philadelphia man to life in prison for fatally shooting two men during a 2016 marijuana deal near Sebastopol.

The ruling against Robert Lee Randolph came from Judge Christopher Honigsberg nearly a month after a jury convicted Randolph of the Oct. 15, 2016, deaths of Sebastopol resident Nathan Proto, 36, and Guerneville resident John Mariana, 28.

Randolph, 36, refused to appear in court and make a statement Wednesday, according to the Sonoma County District Attorney’s Office.

The 36-year-old was convicted Oct. 25 of two counts of first-degree murder, plus an additional count of attempted murder involving another victim, Geena Gauthier, who survived three gunshots to the head and face.

“It will never not haunt me that I was made to witness such needless violence,” she said in a statement presented to the court. “No one needs to die over cannabis. Ever. Every time I look in the mirror, I am humbled by the fact that despite my injuries I got to keep my life.

“It fills me with grief to understand the implications of surviving the violence that I did. To know that in the grand scheme of things, my injuries were the least severe of anyone involved.”

Randolph was sentenced to two life terms without parole for the murders and a life term for the attempted murder, according to the District Attorney’s Office.

A second defendant, Maria Teresa Lebron, 34, reached a plea agreement in April and pleaded no contest to three counts of assault with a semiautomatic weapon, two counts of burglary and three counts of being an accessory.

Both were arrested in December 2018 in Texas.

Sonoma County investigators said Lebron and Randolph traveled to California several times in the months leading up to the shooting at Proto’s home on Highway 116 South in the community of Hessel.

The shooting occurred about a month before California voters legalized recreational cannabis. Investigators at the time said it wasn’t unusual for East Coasters to travel west for marijuana and sell it in other states for higher values.

Mariana, originally from Philadelphia, arranged the deal with Randolph. He and Lebron met Mariana at his home near Guerneville, where a failed marijuana transaction angered the defendant, according to court records.

He and Lebron still met with the victims later that day and drove together to Proto’s home before Randolph opened fire and fled with Lebron.

Sonoma County Sheriff’s Office investigators identified their vehicle and found surveillance footage of it crossing the Bay Bridge. Investigators determined it was rented by Lebron and used it to trace her and Randolph’s flight to Philadelphia.

Detectives tried to arrest them there about two weeks after the shooting before the case was turned over to the FBI and U.S. Marshals Service, which arrested the pair in Austin, Texas.

Proto’s father, whose name wasn’t released, said in a statement, “I have come to understand that I will never be free of the void created by Nathan’s cruel and needless death until I die. In a way I have been sentenced to live with this profound loss for the rest of my life.”

Teen Pushed Into Traffic Wakes Up From Coma 9 Months Later

Teen charged after working with brother to steal Christmas gifts out of...