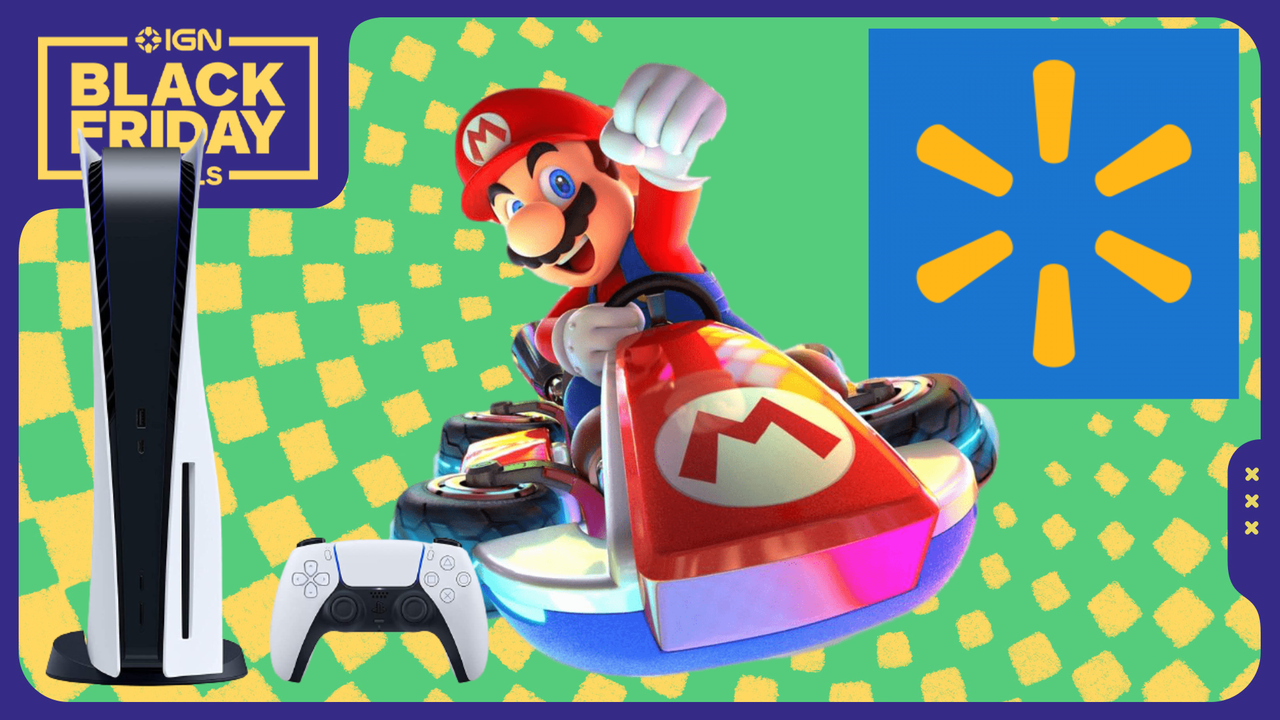 It’s here: we’ve made it to Black Friday. Walmart’s Black Friday deals have been live since Monday, and they’ve been phenomenal (you can see all the deals here). Walmart has the lowest prices on the newest video games. No other retailer has better deals on Apple products. To top it off, Walmart has somehow managed to keep the PS5 in stock all week — no mean feat!

All of which is to say Walmart’s Black Friday sale is in full swing. You can find deep discounts on electronics, toys, video games, kitchen and houseware, and a whole lot more. Let’s take a look.

These are the best-selling deals we’ve seen so far. We’ll keep this list updated as items sell out and new ones replace them, so check back later, too.

Walmart is running the best Black Friday iPhone deals we’ve seen yet. When you buy a brand-new 2022 iPhone 14 on Verizon or AT&T, you can get up to $750 in digital Walmart gift cards to spend on anything you want. Check out our iPhone 14 Pro review to see what our tech critic thinks of the speedy processor, improved camera, and more new features.

PS5 is in Stock

If you’re in the market for a PS5 for yourself or to give as a gift, this is a great chance to grab one. This week Walmart has done what no other major retailer has been able to do over the past two years: keep PS5 in stock. This bundle comes with God of War Ragnarok, a game our critic scored 10/10 in his review. Take a look at our guide to buying a PS5 on Black Friday for more info if Walmart ends up selling out.

The official Meta Quest 2 Black Friday deal is live now. It gets you a refreshingly wireless VR headset, plus free downloads of Resident Evil 4 and Beat Saber, for $349 for the 128GB model or $429 for the 256GB one. This has been one of the most popular Black Friday items so far this year for our audience.

Black Friday is a great time to pick up extra controllers, as both Xbox and PS5 controllers are on sale for their all-time low prices. Might as well stock up while they’re on sale. So is a great Turtle Beach headset and a versatile gaming chair.

Some of the top Black Friday TV deals have sold out online, but they may be in stock for local pick up near you. They may also come back in stock at some point over Black Friday and Cyber Monday. We’ll keep updating if any new deals become available as well.

A choice assortment of electronics are on sale for Black Friday, including a ridiculously killer deal on the Apple Watch SE. You can also save on AirPods, gaming laptops and monitors, and much more. Plus, these are the best deals on a new iPhone we’ve seen anywhere.

With the holidays coming up, you’ll definitely want to pick up some gifts for the kids in your life. Might as well save some cash while doing so.

Black Friday is hands down the best time to pick up popular houseware items like sheets and robot vacuums. Walmart has some great models for all-time low prices right now.

If you’re in the market for a new set of kitchen knives or a small appliance like an air frier, this is the time to buy. These prices tend to be the best you’ll find all year round.

Walmart Stores Are Closed for Thanksgiving

Unlike in some years past, all brick-and-mortar Walmart locations are closed for Thanksgiving in 2022. Thankfully, the website will remain up and running, offering all the Black Friday deals to one and all.

Do You Need Walmart+?

Walmart+ members got early access to the Deals for Days events, but now they’re all open to everyone. Even so, you can still sign up for Walmart+ here.

Subscribing to Walmart+ gets you free delivery of groceries and other items from local Walmart stores. It gets you free shipping with no minimum purchase on tons of items on Walmart’s website. It also gets you access to the streaming service Paramount+. It’s a good deal if you shop at Walmart regularly.

These are just some of the deals you can find right now. For more, be sure to check out our articles on items like Black Friday TV deals and on retailers like Best Buy’s Black Friday sale.

The only difference between this Xbox Series S and the normal one is the (holiday themed) box it comes in.

While Walmart had these consoles in stock online for most of the week, they’re currently unavailable online. However, the website says physical Walmart stores will have Xbox Series S in stock today. Take a look at our guides to early PS5 deals, Nintendo Switch deals, and Black Friday Xbox sales for more.

Santa is coming to Fairfield this weekend

FDA pulls antibody bebtelovimab because not effective against omicron BQ.1

Elon Musk Wants To Begin Putting Chips In Human Brains Within The...